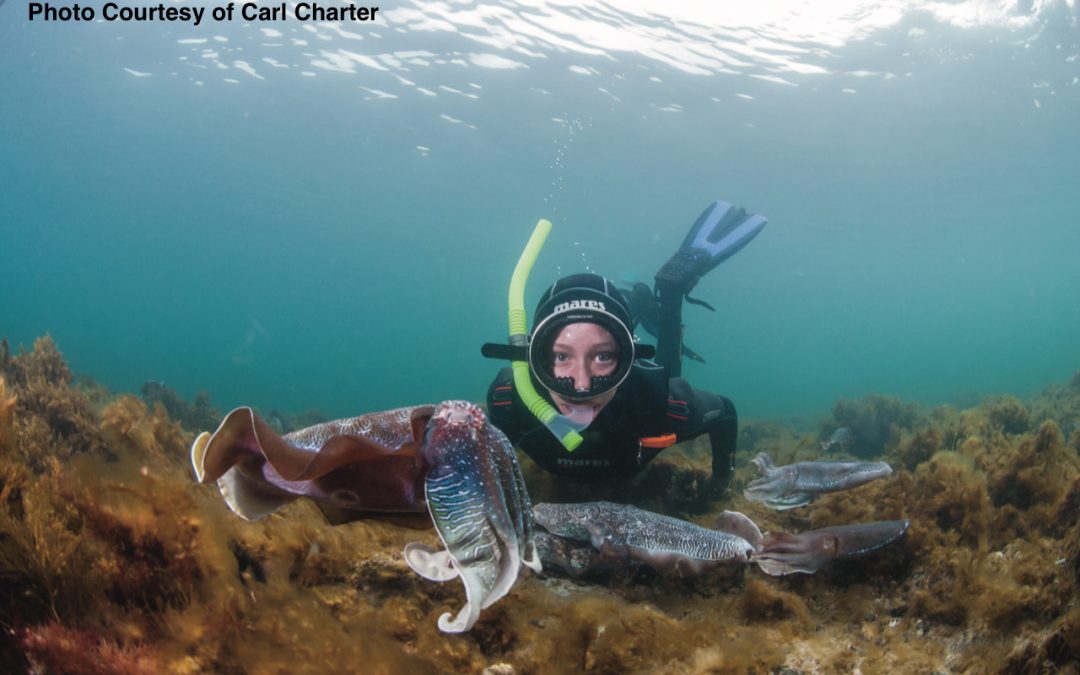 Many of you will have heard on the ABC that temporary restrictions in place since 2013 on harvesting Giant Cuttlefish have been lifted by the Department of Primary Industries and Regions South Australia (PIRSA). PIRSA has issued a statement that the permanent restriction zone around Point Lowly for the aggregation is still in place but they believe the population levels have returned to the point that fishing for them can now be resumed in the Gulf. However, there is growing concern that the economic cost to tourism with the potential reduction in numbers of Giant Cuttlefish has not been calculated.  See https://www.abc.net.au/news/2020-05-01/cuttlefish-supporter-concerned-now-fishing-ban-lifted/12202504

Professor Bronwyn Gillanders, President, Experiencing Marine Sanctuaries and Deputy Dean Research, Faculty of Science, University of Adelaide has provided the following statement on the lifting of the restrictions:

“The Upper Spencer Gulf (USG) closure was only ever going to be temporary and so now that the numbers have rebuilt it has been removed. The more recent changes in abundance (since the initial closure to fishing) are we suspect part of a natural cycle in abundance potentially linked to temperature anomalies. Apart from the initial decline in the late 1990s, there is no indication fluctuating numbers are linked to fishing. There is also relatively little commercial fishing (e.g. prawn trawling) in that USG region. The recreational fishing numbers do allow individuals to take either up to 15 cuttlefish or a combined total of 15 squid and cuttlefish (boat limits 45 cuttlefish or a combination or 3 or more people) – I think perhaps a review of these might be warranted in relation to cuttlefish but I’d also like to see better data on recreational fish catches and cephalopods. From my perspective there is a clear need for ongoing monitoring of abundance as has occurred since 2008. Given the uniqueness of the breeding aggregation ongoing monitoring is essential as significant declines in abundance of this ecotourism resource may impact the economy.”

The SDFSA is seeking more information from PIRSA and others about the lifting of restrictions, and at the very least will be pushing for careful and sustained monitoring of population levels.